Rumi’s importance is considered to transcend national and ethnic borders. His poems have been widely translated into many of the world’s languages and transposed into various formats. In 2007, he was described as the “most popular poet in America.

Rumi’s works are written in the New Persian language and his Mathnawi remains one of the purest literary glories of Persia, and one of the crowning glories of the Persian language. A Persian literary renaissance (in the 8th/9th century), alongside the development of Sufism,started in regions of Sistan, Khorāsān and Transoxiana and by the 10th/11th century, it reinforced the Persian language as the preferred literary and cultural language in the Persian Islamic world. His original works are widely read today in their original language across the Persian-speaking world (Iran, Tajikistan, Afghanistan and parts of Persian speaking Central Asia).Translations of his works are very popular in other countries. His poetry has influenced Persian literature as well as Urdu, Punjabi, Turkish and some other Iranic, Turkic and Indic languages written in Perso-Arabic script e.g. Pashto, Ottoman Turkish, Chagatai language and Sindhi.

“Why should I seek? I am the same as
He. His essence speaks through me.

I have been looking for myself”

“Come, come, whoever you are,
Wanderer, idolater, worshiper of fire,
Come even though you have broken your vows a thousand times,
Come, and come yet again.
Ours is not a caravan of despair”

It is often said that the teachings of Rumi are ecumenical in nature.For Rumi, religion was mostly a personal experience and not limited to logical arguments or perceptions of the senses.Creative love, or the urge to rejoin the spirit to divinity, was the goal towards which every thing moves.The dignity of life, in particular human life (which is conscious of its divine origin and goal), was important…

Rumi was an evolutionary thinker in the sense that he believed that the spirit after devolution from the divine Ego undergoes an evolutionary process by which it comes nearer and nearer to the same divine Ego.  All matter in the universe obeys this law and this movement is due to an inbuilt urge (which Rumi calls “love”) to evolve and seek enjoinment with the divinity from which it has emerged. Evolution into a human being from an animal is only one stage in this process. The doctrine of the Fall of Adam is reinterpreted as the devolution of the Ego from the universal ground of divinity and is a universal, cosmic phenomenon.The French philosopher Henri Bergson‘s idea of life being creative and evolutionary is similar, though unlike Bergson, Rumi believes that there is a specific goal to the process: the attainment of God. For Rumi, God is the ground as well as the goal of all existence.

However Rumi need not be considered a biological evolutionary creationist. In view of the fact that Rumi lived hundreds of years before Darwin, and was least interested in scientific theories, it is probable to conclude that he does not deal with biological evolution at all. Rather he is concerned with the spiritual evolution of a human being: Man not conscious of God is akin to an animal and true consciousness makes him divine. Nicholson has seen this as a Neo-Platonic doctrine: the universal soul working through the various spheres of being, a doctrine introduced into Islam by Muslim philosophers like Al Farabi and being related at the same time to Ibn Sina‘s idea of love as the magnetically working power by which life is driven into an upward trend.

I GAVE YOU ALL THESE INFORMATION FOR A REASON:

IF YOU ASK ME:

I DID SO MANY MISTAKES IN MY LIFE.. SO MUCH THAT I STILL CAN NOT FORGET. THOSE CHOICES THAT I MADE AND THEIR CONSEQUENCES THAT HURT ME SO DEEP, WERE MY BURDENS THROUGH MY HEART AND MY LIFE. I COULD NOT TAKE A STEP OUT FROM MY PAIN UNTIL I LEARNED TO FORGIVE MYSELF AND THOSE PEOPLE WHO WERE MY REASONS OR WHO WERE A PART OF MY CONSEQUENCES.

WHEN I WAS A TEENAGER, THOSE PROBLEMS WERE JUST A DESTINY FROM MY POINT OF VIEW. THEN I REALIZED THAT THERE WERE ALL ABOUT ME AND MY CHOICES FOR MY FUTURE.

I WAS ALWAYS LISTENING A SUFI MUSIC WHEN I WAS HURT AND HOPELESS. I STILL REMEMBER HOW I WAS GETTING BETTER WHILE EACH SONG ON MY MUSIC ARCHIVE GOES ON….

I NEVER LEARNED ABOUT RUMI OR ANY THOUGHT ACCORDINGLY… BUT GETTING OLDER GAVE ME AN OPPORTUNITY TO ANALYZE WHAT I HAD AND WHAT I ALWAYS WILL HAVE: A SOUL TRYING TO REACH TO PARASIDE. BUT THIS PARADISE WASN’T SOMETHING RELATED TO THE DEATH. IT WAS A PART OF OUR LIFE. IT WAS ON EARTH…

ALL WE NEED TO DO IS TO ACCEPT WHO WE ARE AND WHAT WE DID. PAST IS PAST AND WE STILL HAVE OUR FUTURE…

THIS IS NOT ABOUT RELIGION.

THIS IS ABOUT OUR SOULS.

YOU HAVE YOUR OWN FORGIVENESS AND LOVE INSIDE YOUR HEART.

AND I DON’T SAY THAT YOU HAVE TO FORGET; JUST FORGIVE ANYTHING THAT HURTS YOU.  START WITH YOURSELF. BUT WITHOUT USING YOUR WORDLY EXCUSES THAT YOUR USED TO LIVE WITH, UNTIL TODAY. THEN THINK ABOUT THE PEOPLE WHO PURPOSELY OR NOT TOOK A STEP IN YOUR LIFE AND WASTED YOUR LOVE, CARE, TRUST OR ANYTHING YOU WERE ‘GIVING’ THEM.

YOU CAN’T LIVE WITH ALL THAT PRIDE, HATE AND ANGER…

LOVE, BECAUSE YOU WERE A GOOD FIGHTER WHO SURVIVED THROUGH MANY MISTAKES OR MOST DEFINITELY ‘EXPERIENCES’!

AFTER THAT, MAKE A DEAL WITH YOURSELF:

DO NOT EVER REPEAT YOUR PAST CHOICES.

YOU WILL SEE THE GATES OF YOUR PARASIDE…

AND YOU WILL FIND MORE LOVE THEN.

WE ARE ALL UNIQUE CREATIONS, WE ARE ALL MADE PERFECT. BUT WE NEED TO WORK HARDER ON OUR SPIRITS. THAT’S ALL… 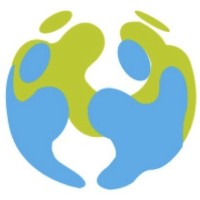 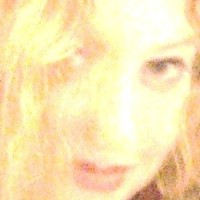 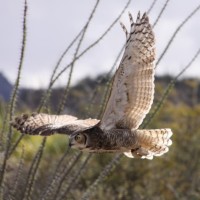 Where We Write to Inspire Thoughtful Thinking

Reflections before the end